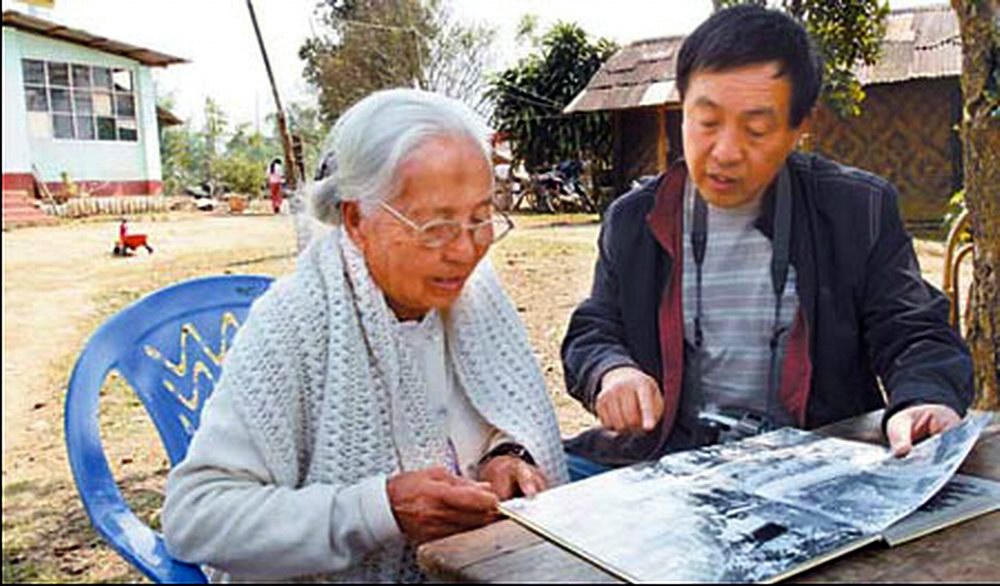 Ge Shuya, a Yunnan-based expert on World War II history, spent more than 20 years studying the Stilwell Road, referred to in the West as Burma Road and Ledo Road. It was not until recently, though, that he was able to set foot at the starting point in Ledo, India.

"It is 60 years since the War and we haven't found any written records of Chinese people investigating war relics in India," Ge says.

Ge and a journalist from China National Geography magazine became the first Chinese to visit Ledo, a small town in Assam. They also visited Ramgarh, where American general Joseph Stilwell (1883-1946) trained and equipped the Chinese army to fight against the Japanese in 1945.

The Burma Road, spanning 1,154 km from Kunming, Yunnan province in Southwest China to Lashio, Burma, was China's only lifeline for international supplies during China's War of Resistance against Japanese Aggression (1937-45). It took 200,000 people 10 months to finish the road's Chinese section in Aug 1938, and as many as 2,300 laborers lost their lives in the process. 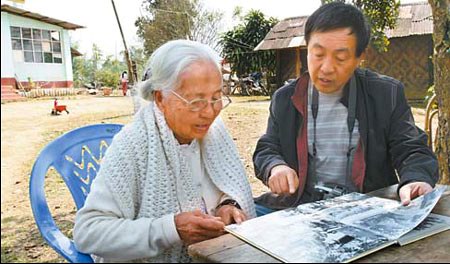 Ge Shuya talks with Esther Po, a Burmese nurse who won the Bronze Star Medal from the American Army and who claims to have saved more Chinese than people from other countries in the War. [China Daily]
Return to top of page 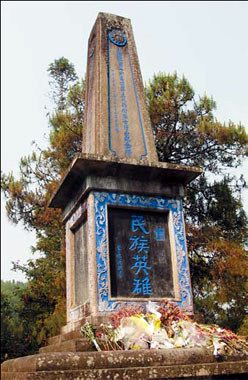 The National Cemetery in Tengchong, Yunnan province, honors some 8,000 Chinese and American soldiers who died recovering the city from Japanese troops in 1945. [Courtesy of Ge Shuya]

In 1942, the Japanese overran Burma and cut off the road, forcing the Allies to set up the Hump Route, a very dangerous, temporary aerial route over the Himalayas.

At the same time, the Allies started building the Ledo Road and linked it with the part of Burma Road in northern Burma which the Allies regained in 1945. As a token of appreciation, the Chinese government named the Burma and Ledo roads, a total of 1,736 km, Stilwell Road after general Stilwell who was commander of all American forces in the China-Burma-India Theater of World War II.

"Ledo appeared exactly the same as when the Allied troops were here 60 years ago," says Ge. Cattle still strolled on roads, peddlers slept in primitive roadside shacks, and electric poles made from oil tubes and rail tracks still stood.

At Ramgarh, a small town 350 km northwest of Calcutta, Ge and his companion reached the cemetery of the China Expedition Army in the World War II. There were a total of 573 tombs.

In 1942, when the China Expedition Army first came to Burma at the request of the British colonial government, 50,000 died in battle or in retreat. In the battles to recover northern Burma between 1943-45, 15,000-20,000 more Chinese soldiers lost their lives, and 20,000 died in the battle to retake western Yunnan. Nearly 100,000 Chinese had given their lives in that part of the anti-Japanese war.

"Local Chinese expatriates told us we were the first Chinese mainland people to visit there in 60 years," Ge says. When they returned to Kunming, they showed the pictures of Ramgarh to three former China Expedition Army soldiers, now in their 80s. They confirmed that some of the buildings had been their barracks.

Ge's visit to the old sites of the Stilwell Road was part of a revisit tour to mark the 70th anniversary of the building of the road in Aug 1938. Ge acted as a guide and historical expert to a team of more than 100 reporters from 60 Chinese media outlets. The team started from Anshun of Guizhou province, passed Kunming and Tengchong in Yunnan and part of the team later reached Myitkyina in Burma.

They visited the Huitong Bridge on Nujiang River, blown several times to stop Japanese invasion, and Songshan Mountain, where 20,000 Chinese soldiers were killed or injured in the battle to regain the Burma Road.

In Myanmar, they visited Esther Po, a Burmese nurse who won the Bronze Star Medal from the American Army and who claims to have saved more Chinese than people from other countries in the War.

"I've realized the wildest dream of my life - to complete the entire route of the Stilwell Road at one time," Ge says.

He was the first historian to discover the location of the "24-zig" in Guizhou in 1995. The steep mountain road, named after its 24 zigzag turns, first appeared in a picture in the American National Geographic magazine. The picture was widely regarded as a symbol of the doggedness shown by Chinese people and their American allies in the War. Before Ge's discovery, however, it had always been thought to be in northern Myanmar or Yunnan.

In China, Joseph Stilwell, Claire Lee Chennault (1893-1958) and the Flying Tigers are household names - they are considered heroes who helped the Chinese fight against Japanese invaders. However, what happened in Yunnan during the War remained little known. 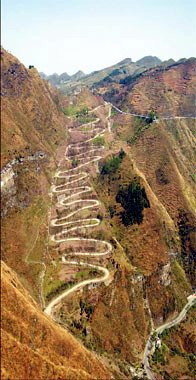 The "24-zig", a steep mountain road named after its 24 zigzag turns, was a symbol of the doggedness shown by Chinese people and their American allies in World War II. Ge Shuya discovered the road in Guizhou province. [Courtesy of Ge Shuya]
Return to top of page 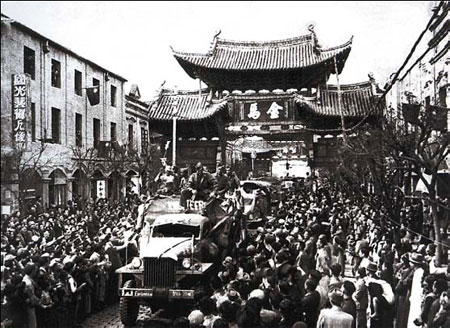 On Feb 4, 1945, the first Allied troops entered Kunming, Yunnan province, from Ledo, India, after the Japanese had blocked transport of international supplies by land for two years. [Courtesy of Ge Shuya]

In Nov 1984, Ge, an ambitious graduate from Yunnan Normal University, visited a mausoleum in Tengchong county by sheer chance. He was surprised to see the devastated tombstones of more than 8,000 Chinese and American soldiers who died helping to recover Tengchong from the Japanese. The cemetery was destroyed by Red Guards during the "cultural revolution" (1966-76).

As a history major, Ge felt shocked that none of the books he had read mentioned this episode at all. "Tens of thousands of Chinese soldiers lost their lives fighting Japanese, and nobody knew!" He says. "As a rebellious youth, I was determined to probe into that."

Ge visited each stop on the Burma Road and interviewed more than 100 witnesses and survivors of World War II. His work has led him to meet quite a few American friends, including John Easterbrook, Joseph Stilwell's grandson, plus "Tex" Hill and Peter Wright, both Flying Tiger pilots. His acquaintances even include Japanese soldiers who fought in the war in Yunnan.

In Nov 1991, Ge organized a meeting between Chinese and Japanese veteran soldiers in Kunming. As an old Chinese man related his stories of the war, an old Japanese man couldn't help supporting him with hands, and hugging him.

"Although it was an extremely difficult and complicated moment for both of them, I saw the old Chinese soldier shed tears on the shoulder of his Japanese counterpart," Ge says.

Partly with Ge's help, the stories of brave Chinese Kuomintang soldiers fighting in World War II are widely reported. Today, old Chinese expatriates, American and Japanese veterans, as well as journalists, have revisited the former sites of Stilwell Road. "Each section of the road, each mountain peak, wood or stream, could tell a shocking and weepy story," says Ge.

"Most people who lived or fought here have passed away. But the intrepidity of our fathers' generation at the Road is an epitome of the indomitable spirit of the Chinese in difficult times. That spirit will live forever." 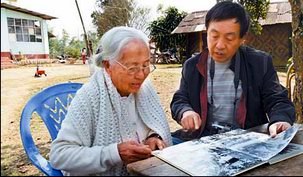